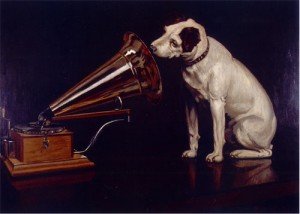 RCA has consistently delivered innovation and quality for consumer electronics products since its beginning in 1919. The story of RCA begins with the emergence of wireless communications made possible by the discovery of radio waves and amplification technology in the early years of the 20th Century. What began as wireless telegraphy, sending dots and dashes through the air instead of over wires, grew to become voices, music, and eventually video transmitted and received over the air with the development of more sensitive transmission and receiving equipment.

In the early 1920s, RCA's General Manager David Sarnoff publicly speculated on the possibility of "every farmhouse equipped not only with a sound-receiving device but with a screen that would mirror the sights of life." The idea of television was not new, and mechanical systems had demonstrated crude pictures. But it was Sarnoff's historic meeting with engineer Vladimir Zworykin that set the stage for RCA's success at perfecting electronic television transmission and reception. The engineer had already successfully demonstrated his "iconoscope" camera and "kinescope" receiver. Sarnoff sought out the inventor to learn more about his work and ask what it would cost to continue his experiments and develop a marketable system. Zworykin replied "$100,000 and a year and a half." 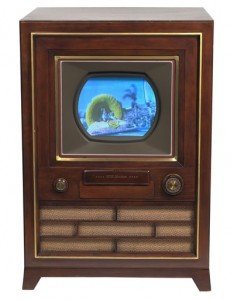 Ten years and $50 million later, Sarnoff introduced television service at the 1939 World's Fair in New York City. Visitors during the fair not only got to see television, they actually brought home wallet cards to prove they'd been "televised." The Federal Communications Commission authorized the start of commercial television transmission on July 1, 1941.

In the years that followed, RCA was responsible for the development of a myriad of innovations and key technology such as color television, optoelectronic emitting devices, Liquid Crystal Displays (LCDs), video cassette recorders, direct broadcast television, direct broadcast satellite systems and high-definition television would be invented and developed during ensuing years.

In 1953, RCA's all electronic color-TV technology was adopted as the standard for American color TV; it is now known as NTSC (after the "National Television System Committee" that approved it). RCA cameras and studio gear became standard equipment at many American television network affiliates as RCA television sets introduced color television to the public. Promotion of color television broadcasts began within a few weeks, and the Rose Bowl Parade was shown in color on January 1, 1954, although few people had access to color receivers.

In 1977 RCA popularized the VHS videocassette format with a home entertainment component that could record up to four hours of television programming. It dabbled in various video disc formats before the introduction of the DVD, which utilizes key digital compression technology developed by company engineers for high-definition TV broadcasting and for the first high-power small-dish satellite system deployed in the U.S.

RCA has also led the way in how consumers receive their TV signals through innovative antenna designs and patents. In 1993 RCA engineer Paul Tinnaphong received the Innovation Award from the Electronic Industries Association (EIA) for the design of an outdoor amplified omni-directional antenna. In the years that followed Paul would go on to secure 10 more patents for his omni-directional antenna designs, and VHF/UHF self-tuning systems. In 2007 RCA released the first flat omni-directional digital antenna that coincided with the country switching to digital broadcast standards. RCA continues to innovate reception design by introducing their flat ultra-thin indoor antenna in 2014.

From the earliest of broadcast airwaves, to the latest in high definition, RCA has been the industry leader in quality and innovation in home reception and television entertainment.